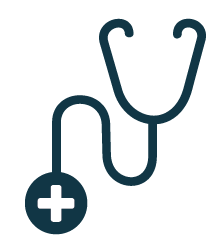 Dentistry shouldn’t be a hassle, says Eva Sadej (’12-’17). The 28 year-old founder and CEO of Floss Bar, a new startup that brings mobile cleaning, whitening and even X-ray services to the workplace, is on a mission to make it easier to take care of your teeth.

After being recruited from Harvard, Eva held roles as a Management Associate, Investment Associate, and Product Manager. It was during her time at Bridgewater that she landed on the concept for pop-up dentistry.

“I was working hard and found it difficult to do all the things I needed to do, like making it to the dentist,” she says from Floss Bar’s headquarters in New York City. “It was too inconvenient, and my dentist was way too chatty,” she adds with a laugh. As an ambitious young professional, she was tight on time — and immediately recognized an opportunity.

In fact, Eva discovered that streamlining the dental industry was a natural extension of the growing corporate wellness trend, which she recognized as “an open Greenfield market that’s ready to disrupt.” As company perks become strategic assets in the war on talent, sixty-six percent of employers are set to bring health care services on-site by 2022. “It is supply chasing demand,” she says.

In 2017, Eva left Bridgewater to attend Wharton Business School and concurrently launch the pilot phase of Floss Bar, but she left Wharton when the company took-off. Eva flashes a smile. “I was good at raising capital,” she says.

Floss Bar has received funding from Heartland, the largest dental chain in the United States, and Colgate, the largest oral heath brand in America, which contributed $8 million to its most recent fundraising series. The company raised money at a $42 million valuation, reports a 20% month-over-month growth and, in just two years, is already used by 70 corporations across 30 states.

Eva describes Floss Bar’s operations as an assembly line that manages complex logistics, noting, “The key Bridgewater word is systemization.” She sees Bridgewater as an unparalleled resource for future business partners and employees; the lessons she learned about role specs have already proved invaluable. “The goal-machine-outcome framework — putting in the diagnosis process to figure out what's wrong with the machine — that was really important to us.”

Tech companies have been avid, early adopters of on-site medical services like Floss Bar, but Eva notes that other industries are beginning to catch on; clients include major dry-cleaning chains, tile manufacturers, and commodity producers.

“It’s starting to really hit the manufacturing industry,” she says, where employee healthcare statistics, particularly for hourly workers, are troubling. “Because they're working on a tight schedule, they use less of their health care benefits,” Eva explains.

Alleviating the inconvenience and inefficiency of dental appointments is one of Floss Bar’s goals, but there is also a deeper, social purpose: Eva was moved to found the company when, during her initial research, she learned more about the importance of oral health to systemic wellbeing.

“Half of all Americans have forms of advanced gingivitis and tartar in their teeth. It’s like having a constant infection. It doubles your risk of heart disease, stroke, and diabetes,” she says.  “Companies are bearing the cost of all that,” she adds, explaining that for employers, particularly those who are self-insured, offering easier access to preventative care is also a preventative measure for their bottom line.

Floss Bar partners with corporations to bring mobile dentistry to the workplace;

The benefits of reducing insurance costs for employers and, potentially lost wages, for employees are clear, but Floss Bar also connects local dental practices to their greater community.

“People bring their kids and their spouses, too,” she says of Floss Bar pop-ups. “Rather than take time off to manage your health care, you can actually have a fun, family event at the workplace.”

Floss Bar has the capability to setup shop in a company conference room; park a self-contained dental van outside of the office; or, for larger, corporate campuses with preexisting clinics, become a full-time dental provider. Each option complies with OSHA regulations, and Floss Bar’s customer service training ensures that even the most squeamish patients can relax. There’s no shaming or up-selling of services, ever.

Eva, who is focusing on increasing valuation and reaching the series B, hopes that Floss Bar can set a better standard for oral health, a nod to Bridgewater that’s hidden in plain sight, right in the company’s name. “Are you at the doing nothing bar?” she asks. “The brushing bar? The sometimes brushing bar? Or are you at the Floss Bar?”

Which bar are you at?

Opinion: Preventive Healthcare should be more like Home Delivery Services